Prior to it’s opening in 2010, between August and October 2009 CeRCCa invited twelve international artist and designers to develop different projects, installations and interventions in CeRCCa spaces. Three workshops of 15 days each were organized with the aim to create permanent structures and atmospheres in different areas of the house. All the installations and interventions had to be developed within a limited budget, recycling and transforming existing and collected furniture and objects and they had to respond to the history and stories of the family house where CeRCCa is based.

With this project CeRCCa wanted to encourage the practice of salvaging and re-imagining objects, spaces and resources from the past, which can be re-used inventively to meet contemporary needs. The result, though minimalist and economic in its aesthetic, was resonant with character and unexpected interventions becoming signs of the possibility of more sustainable and humble ways of producing and creating. Both sustainability and humbleness strategies that in fact shape the philosophy of CeRCCa.

The project would not have been possible without the generosity of Carme Olivella, a passionate collector of antique furniture and objects, who made available lots of valuable material for the development of FURNISH ME! projects as well as thanks to the support of the people of LLorenç del Penedès.

What follows is a selection of the different projects developed between July and September 2009 at CeRCCa.

Born in Detroit, Scott Strickstein spent his youth puzzling over blueprints during visits to construction sites with his father, or watching his mother design and make clothing for the apparel industry. While attending Cranbrook high school, he took an elective in ceramics and was immediately fascinated by manipulating a material that could respond to touch. He earned a B.A. in political theory at Michigan State University, and then returned to art, attaining his B.F.A. from the College for Creative Studies in Detroit. After moving to New York he founded Scott Daniel Design, a Brooklyn-based studio that offers innovative contemporary lighting and furniture.

‘During my residency at CeRCCa I developed different design projects that involved restoration of a chair and a lamp fixture. The main project though was a space diving structure made by recycling the two old window frames that once were part of the main facade of CeRCCa.

My interest was to keep the structure but to give it at the same time a new life. I was interested in leaving the trace of the different colors in which the window was paint over time. On one side the different layers of paint are visible and give the whole structure a rustic feeling. On the other side I removed all the paint completely in order to bring to live the wood that once was covered by so many layers. 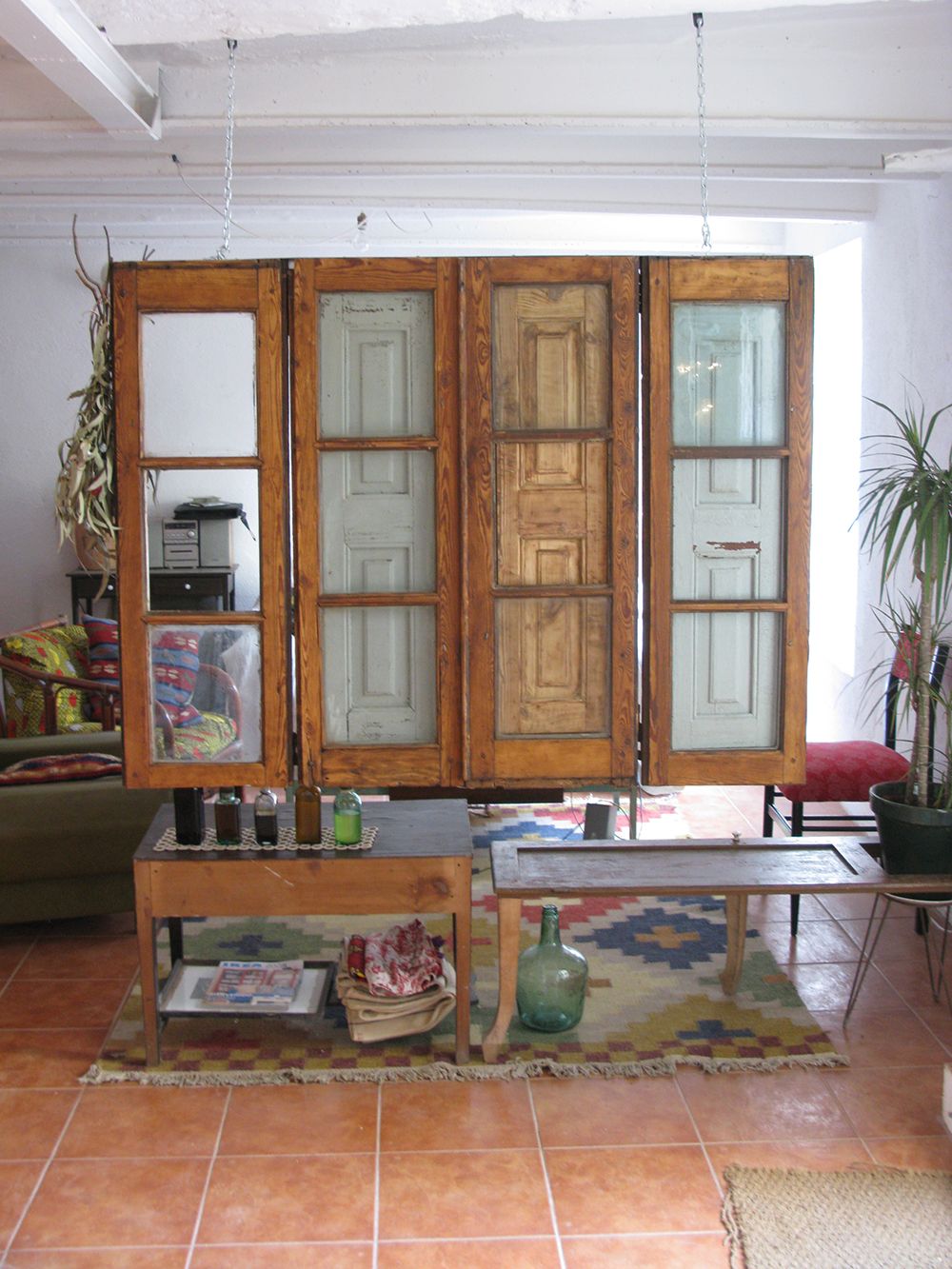 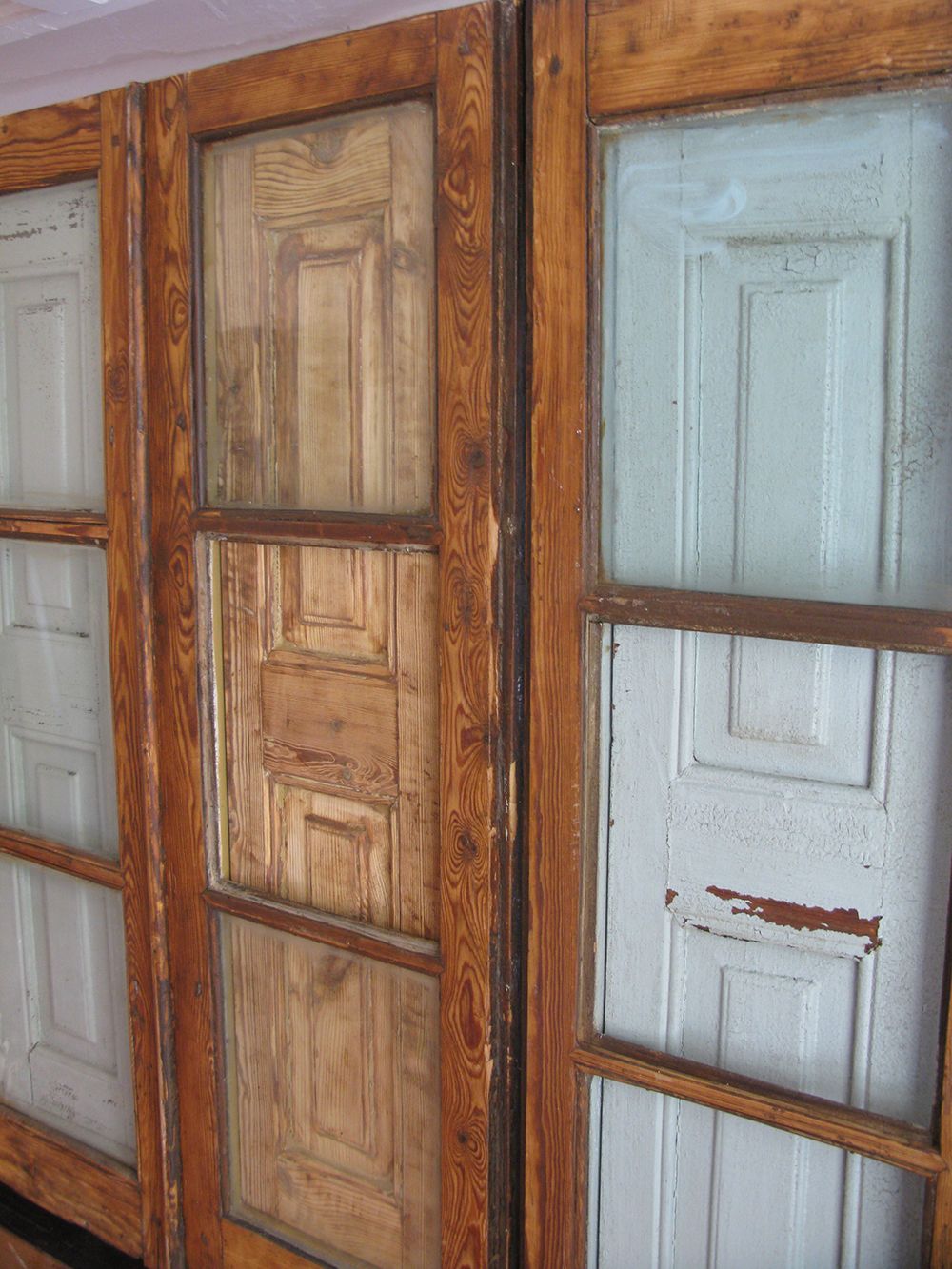 Gisela Weimann lives in Berlin. She studied painting at Universität der Künste, Berlin, printmaking and experimental photography at the Royal College of Art, London, and film and photography at the San Francisco Art Institute. The breadth and variety of her artistic forms of expression and working techniques range from painting and printmaking, photography and film, mail art, installations and environments to multimedia projects, performances and art in public spaces. She leaps over the boundaries between artistic genres by means of intercultural and interdisciplinary co-operation with artists from theatre, music and film, as well as with researchers from various disciplines. Her works has been shown extensively in Germany and internationally including exhibitions, sound installations and multi-media performances.

During her time at CeRCCa Gisela developed several projects including La Familia Cristiana where a shoddy shelf became attractive again after she had collaged it with snippets from the magazine La Familia Cristiana, which she had found in a wooden dresser. Guards of the House where Gisela converted old work boots found at CeRCCa and a traditional wooden pitchfork into hallstands. Button Mirror where she used colorful buttons and small pendants with images of saints in it to adorn the blind corners of an old mirror and Hang on where the artist sprayed the metal frame of an infant bed with golden color and placed it on the bath room door as a hanging device for towels and bath robes. 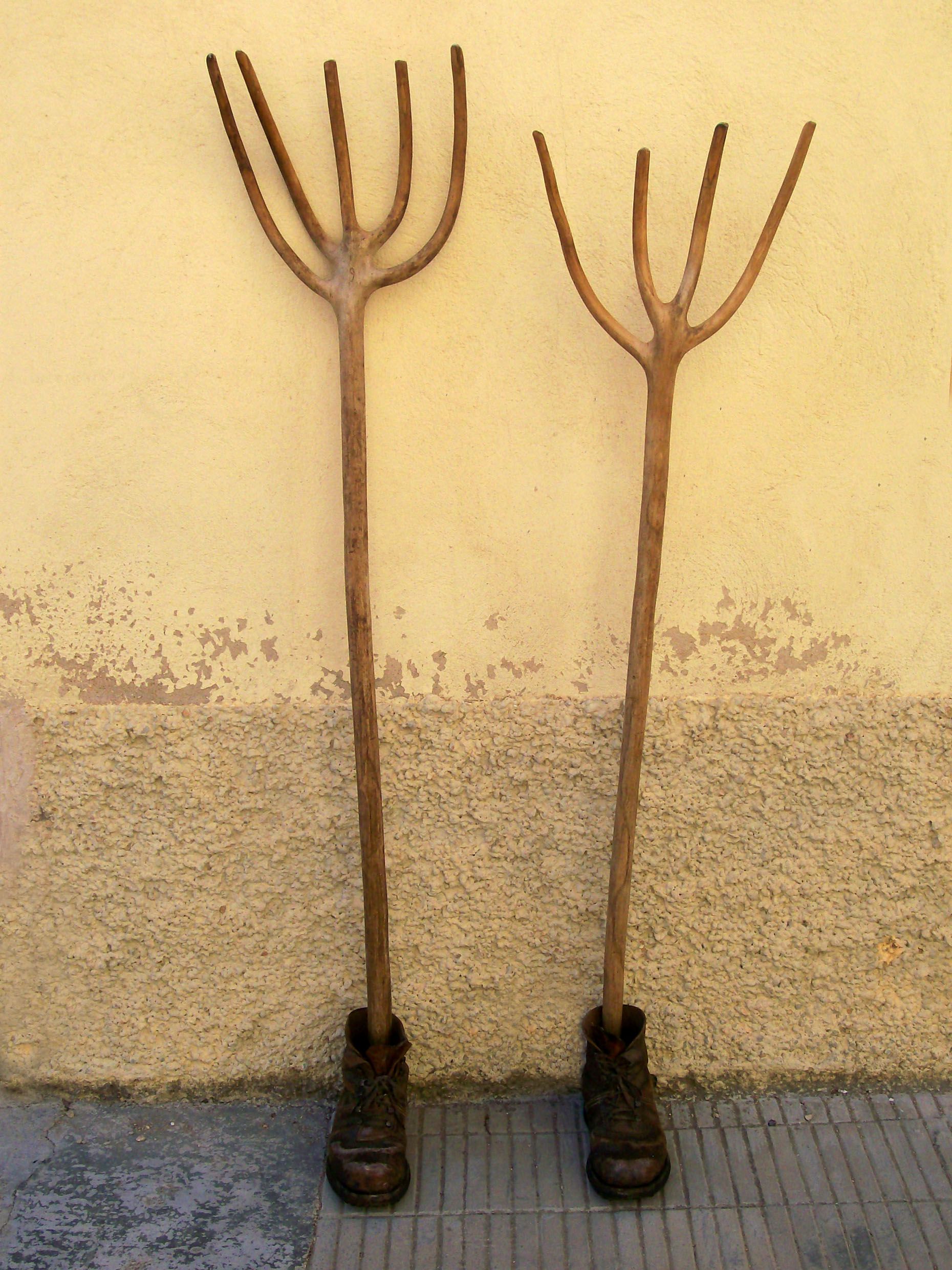 Jamie Langfear is a designer based in London. He works with materials with the potential for re-appropriation and recycling. Using texture, color and form to re-establish our relationship with environment and the role of the furniture we use within it. The objects that He designs have nothing to do with trends but rather the expression of materials arrived at through process. Materials are formed together with an acknowledgement of their new function for which they are meant, and are created as living forms to complement ideas about space, environment and location.

‘The project I developed at CeRCCa was a coffee table abstracted from the experience of being at CeRCCa. The design had to evolve from an understanding of the resources that were readily available, interaction with the other artists/designers, long intellectual conversations that would happen and the exchange of ideas. The colors were kind of rustic and sun-bleached by the Mediterranean sun; colors would emerge from what was once someone else’s piece of furniture while finding another use as a new piece. This was the special thing about CeRCCa – to take the old and somehow find a new resonance with respect to the rich landscape and backdrop.’ 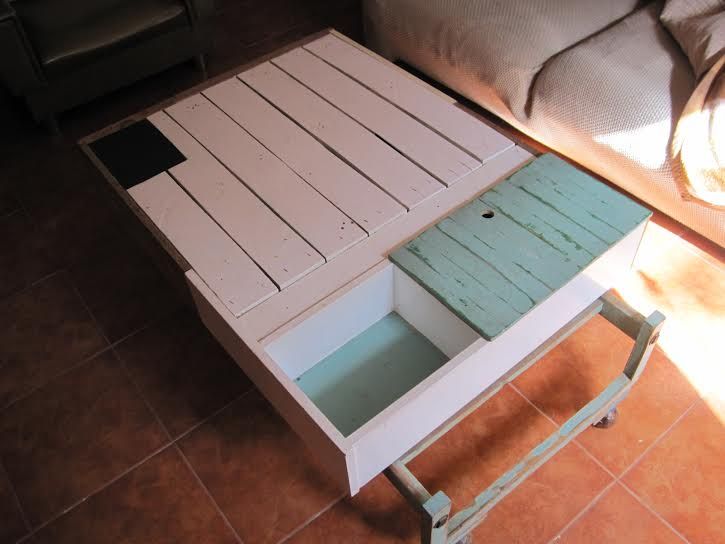