Prior to it’s opening in 2010, between August and October 2009 CeRCCa invited twelve international artist and designers to develop different projects, installations and interventions in CeRCCa spaces. Three workshops of 15 days each were organized with the aim to create permanent structures and atmospheres in different areas of the house. All the installations and interventions had to be developed within a limited budget, recycling and transforming existing and collected furniture and objects and they had to respond to the history and stories of the family house where CeRCCa is based.

With this project CeRCCa wanted to encourage the practice of salvaging and re-imagining objects, spaces and resources from the past, which can be re-used inventively to meet contemporary needs. The result, though minimalist and economic in its aesthetic, was resonant with character and unexpected interventions becoming signs of the possibility of more sustainable and humble ways of producing and creating. Both sustainability and humbleness strategies that in fact shape the philosophy of CeRCCa.

The project would not have been possible without the generosity of Carme Olivella, a passionate collector of antique furniture and objects, who made available lots of valuable material for the development of FURNISH ME! projects as well as thanks to the support of the people of LLorenç del Penedès.

What follows is a selection of the different projects developed between July and September 2009 at CeRCCa.

Angelica Sandoval is a sculptor and designer whose installations defy the traditional aspects of porcelain and other materials. She received a BFA from the Kansas City Art Institute and holds a Masters Degree from Cranbrook Academy of Art. She has taught at the Kansas City Art Institute and currently teaches at Johnson County Community College. Most recently, Sandoval was awarded the Arts KC Inspiration Grant for her installation at the Historic Power & Light Building in Kansas City. Sandoval was resident at the Charlotte Street Foundation Urban Culture Project Studio Residency Program 2011-2012.

‘For my project I saw potential in a chandelier frame I found in the studio. The dining experience in the Mediterranean is a long leisurely, enjoyable time of gathering, eating, drinking, and conversing. The chandelier fixture in its original state had a connection to the family, as their dining room fixture, it once illuminated their feasts and celebrations. It was important to me to create a light fixture that would serve the same purpose, illuminate the dining table, and yet give it a new identity. I felt as if this would preserve the connection and history of the chandelier directly with the Marlès Viñas family, the family that used to live at Cal Tinentu before it became CeRCCa Artist in Residency Program.

My intent was to stay true to the shape and structure of the chandelier but also give it a new identity. The white frame in conjunction with the natural color of the atzabara branches I used remains true to the natures of this land. I showcased the seams of the frame and the branches coming together to demonstrate a unity of the organic material, the machine made frame, the artist’s hand and the fixture’s connection with the family.

The chandelier continues hanging above the main location of gatherings and celebrations at CeRCCa. It serves as its original function to illuminate but also cast landscapes of shadows of the atzavara branches, becoming a conversation starter of past visitors and welcoming the artists that come to CeRCCa.’ 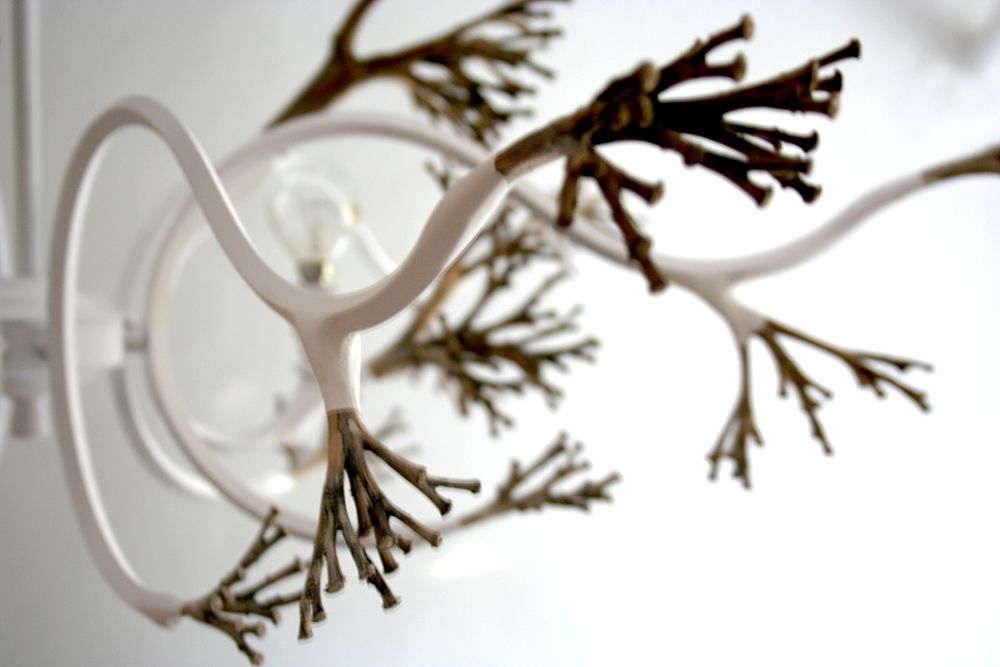 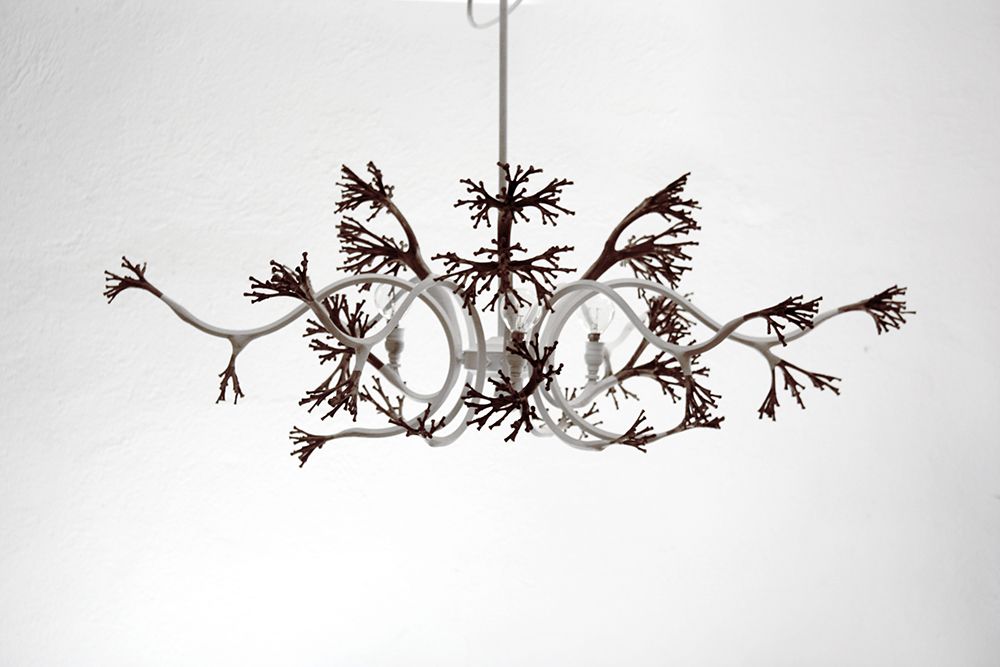 Sam Mogelonsky is a visual artist based in Toronto. Her sculptural and photographic based works explore adornment and emerge through a meticulous approach to manipulating materials into abstract forms and shapes, thereby transforming the familiar into something seductive and strange. She holds a BFAH from Queen’s University in Kingston (Canada) and an MFA from Central Saint Martin’s College of Art in London (UK). She has participated in international residencies and has several solo shows.

‘The project I created during FURNISH ME! was an installation in the bedroom I was given upon my arrival to CeRCCa and It was built by combining the existing furniture and family traditions with ideas of trace and storytelling.

I was intrigued by the practice of hanging ‘tomacons’ up on wires in the store room of CeRCCa to make them richer in flavor and used on breads and in sauces as well as to keep for the winter months and decided that their slumping shape would work with the sense of pastoral grace I was trying to crate for the room. I started casting these out of plaster, a material native to the house and family as some of their members worked in construction, and thus began the repetitive and labor-intensive process. This process works with my method of studio production, where I create multiples on a large scale, as well as engages with concepts of the miniature in relation to language and story telling.’ 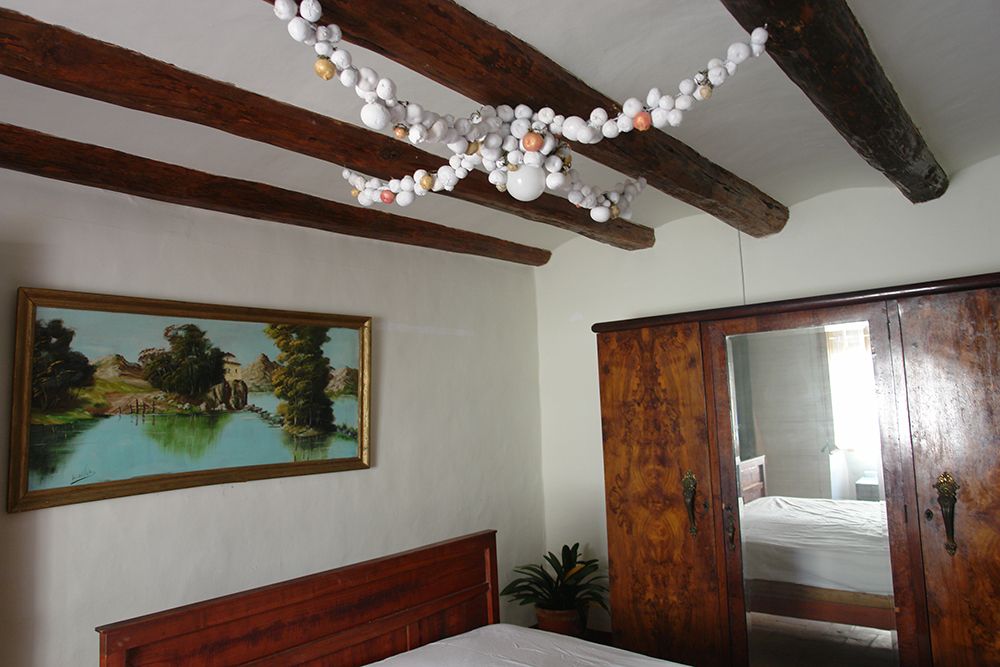 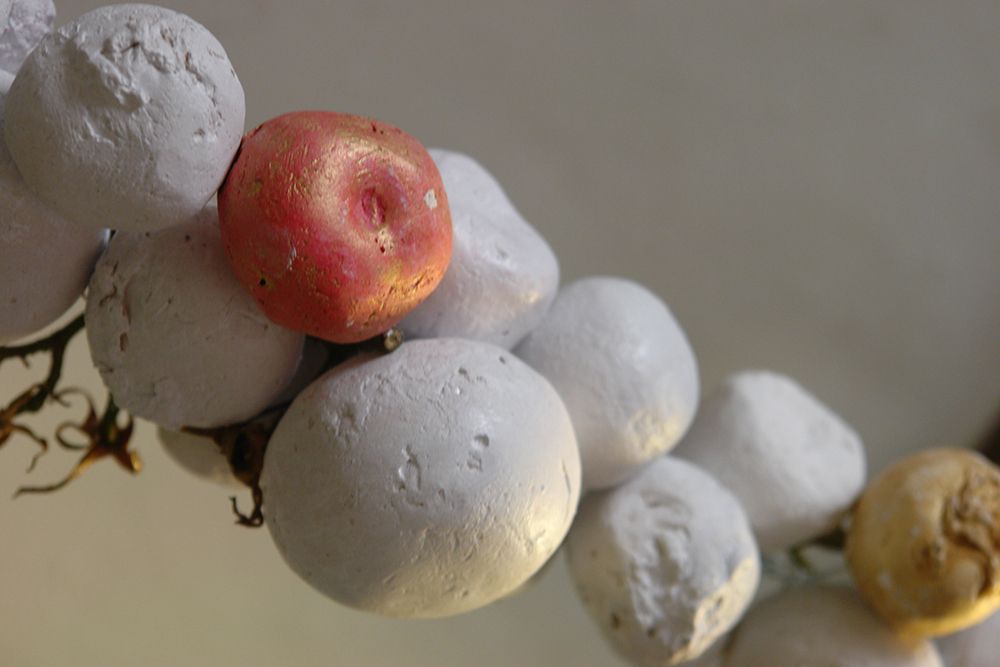 Ardan Ozmenoglu is an artist born in Ankara based nowadays in Istanbul. She was graduated in Visual Arts in 2006 and has an M.F.A by the Bilkent University. She had different solo shows in Ankara, Istanbul, Berlin and New York and has been an artist in residency in different organizations in Vienna, Belgium and Berlin. Her work is now part of different collections in Turkey and abroad.

‘The foundation of my art springs forth from the idea of repetition as it investigates the process of image consumption, history, and permanence in relation to mass production, ritual, and accompanying psychological states. My investigation into our consumption of image splits off into two independent yet complimentary impulses. In some of my pieces, repetition provides social commentary; in others, it conjures a feeling of ritual and a more personal space for a contemplative mood. Whether commenting on the historical durability or transience of an image or sculpting with such fragile media as wire, glass slides or tree branches, my approach to my art and its sources coexists with aesthetic gestures that challenge, provoke and invite.

During my time at CeRCCa I developed different design projects using wire, paint and old furniture and together with Sam Mogolonsky I worked on an installation using religious memorabilia and objects found on the attic of CeRCCa.’ 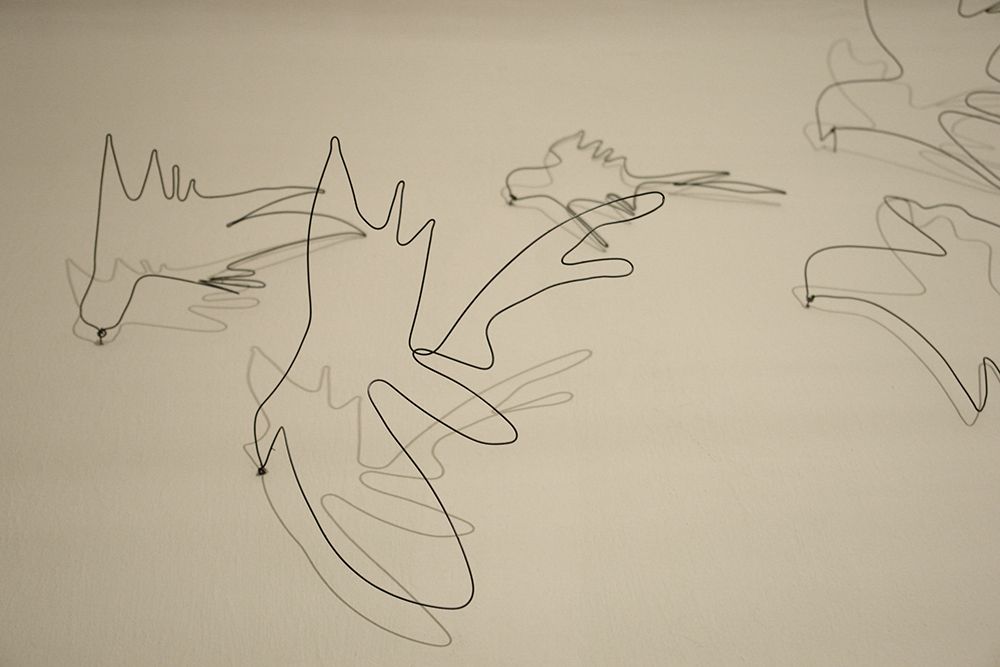 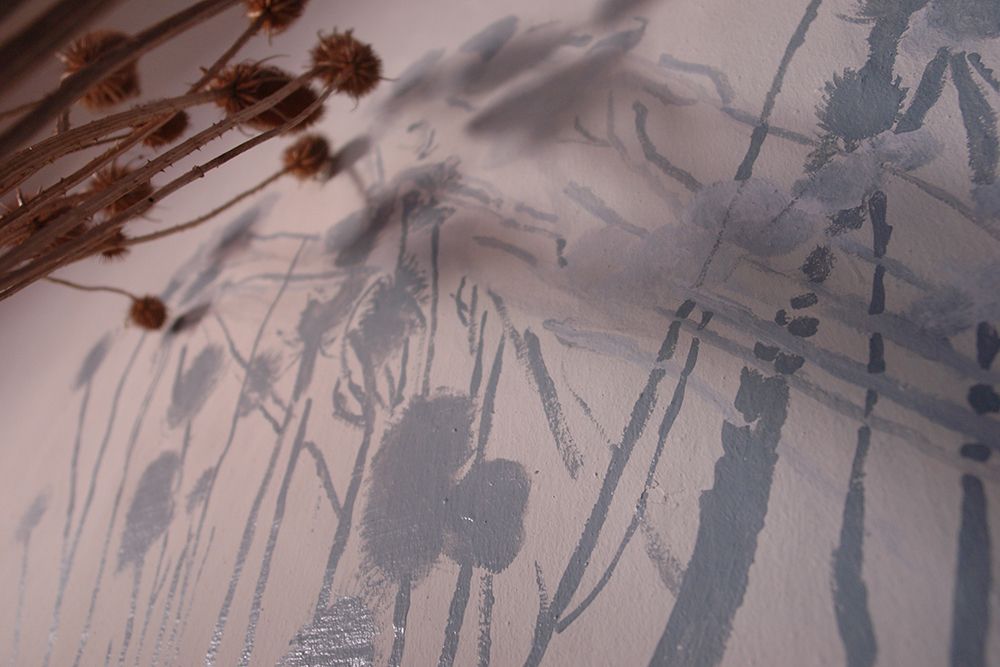 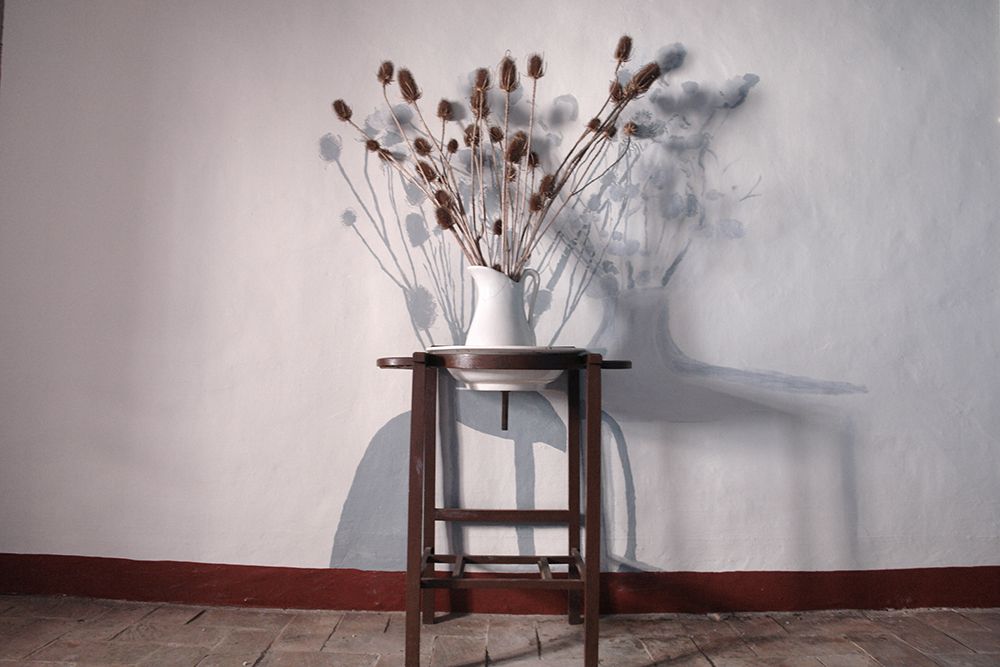