From April to June 2012 artists Lisa A. Krivitzky from Australia, Naoko Yasue from Japan and Elaine Defibaugh from U.S.A. were selected to be apart of the first residence of CeRCCa 2012.

Lisa, Naoko and Elaine developed projects related to the everyday life of the village, using painting and glass as the primary techniques. The results of their residency at CeRCCa were exhibited at the end of June at Espai d’Art Les Quintanes.

Lisa Krivitzky is a Melbourne-based artist who uses a variety of mediums to inform her artistic impulse, predominantly working with photography and glass. Lisa completed a Fine Arts Degree at Monash University in 2009, majoring in glass and was awarded the Glass Plus Gallery Prize for her graduating work. Since then she has been part of different exhibitions.

Lisa Krivitzky is a Melbourne-based artist who uses a variety of mediums to inform her artistic impulse, predominantly working with photography and glass. Lisa completed a Fine Arts Degree at Monash University in 2009, majoring in glass and was awarded the Glass Plus Gallery Prize for her graduating work. Since then she has been part of different exhibitions. 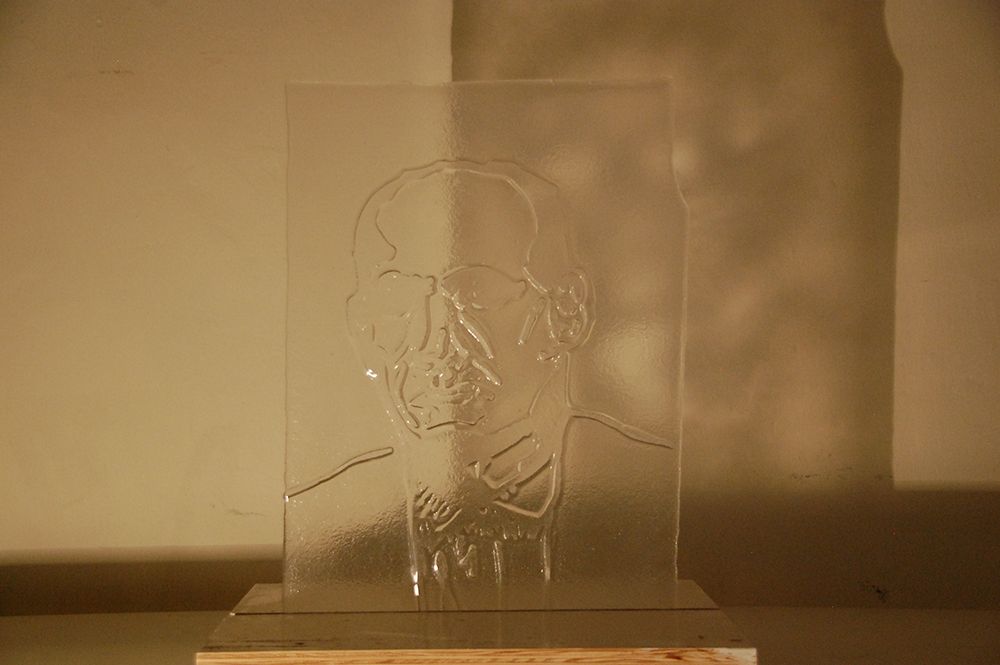 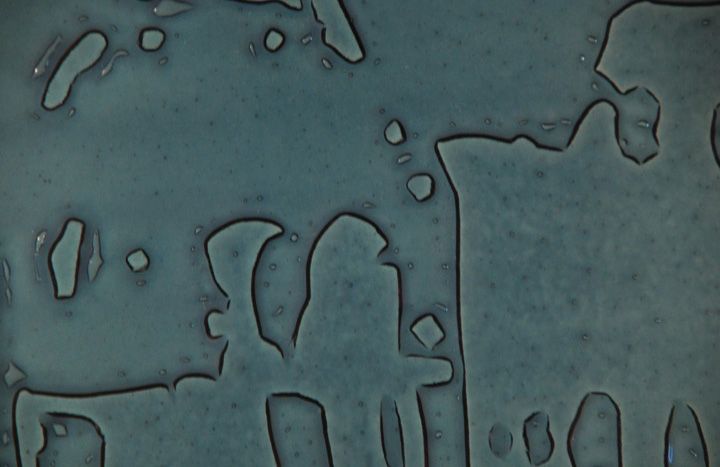 Naoko Yasue is a Japanese painter born in Osaka in 1979. She is a self-taught artist. Her work has been part of exhibitions at C.R.E.T.A. Roma (Rome), WhiteBOX (Munich) and Caso (Osaka).

The oil paintings of Naoko Yassue are inspired from her everyday life. Taking the form of a personal diary, the Japanese artist juxtaposes layers of painting, textures and colors. The results are eclectic compositions that combine text, figures and lines that introduce us to the particular interpretation of the experiences of the artists during her residency at CeRCCa. 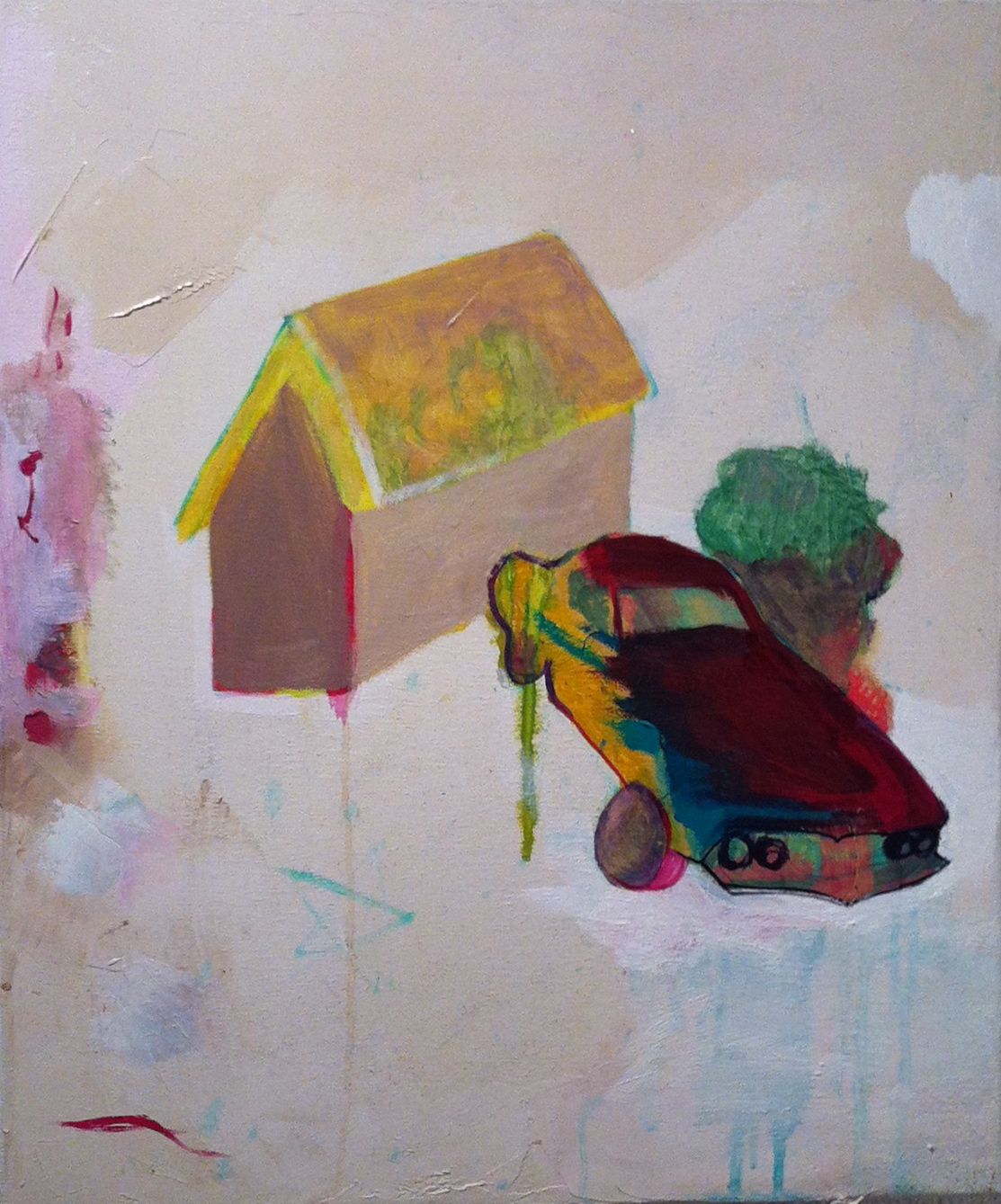 Elaine is a two-time recipient of the Pollock-Krasner Individual Artist Grant, awarded to her in 2011 and 2013. She has had several solo exhibitions in New York City and Miami, as well as throughout the U.S. and abroad. Her work is part of several collections, such as, the Whitney Gallery at the Buffalo Bill Historical Center, the Butler Institute of American Art, the Elizabeth Collection, SUNY Brockport, RIT and the Kathryn and Dan Mikesell Collection. Elaine has also attended numerous national and international artist residencies.

The work of Elaine Defibaugh transports the viewer into a colorful landscape composed of multiple layers made of shadow and light. The massive canvases function as the entrance door to a new world of dramatic shapes and forms created from an impossible collage of fluorescent paint and fabric applied to the surface of the canvas through a performative act more reminiscent of an abstract muralist than a traditional painter. The act of painting becomes a performance, a dance based on the dialogue between her body, her gaze and her intuitive energy that is transformed into disparate compositions of tranquility and madness. It is an act that has more to do with a magical ritual of transformation than with a planned and methodical use of line, color and perspective.

Her creative process starts from the quiet observation of the moving leaves. This meditative process she quickly transforms into her own language, casting the moving shadows of the trees straight away into the huge canvas. Once in the studio, the surface is hung on the wall. It is then that she starts using the shadows as a metaphor to create a world that balances between truth and illusion. This precarious balance is further developed with the use of black light. This is the tipping point of a process that materializes the interchangeability of truth and illusion. Once she feels ready she closes the shutters in her studio, enveloping the colorful patch-worked canvas in darkness where nothing can be seen, just the void. It all disappears until, when turning the black light on, a new world explodes. 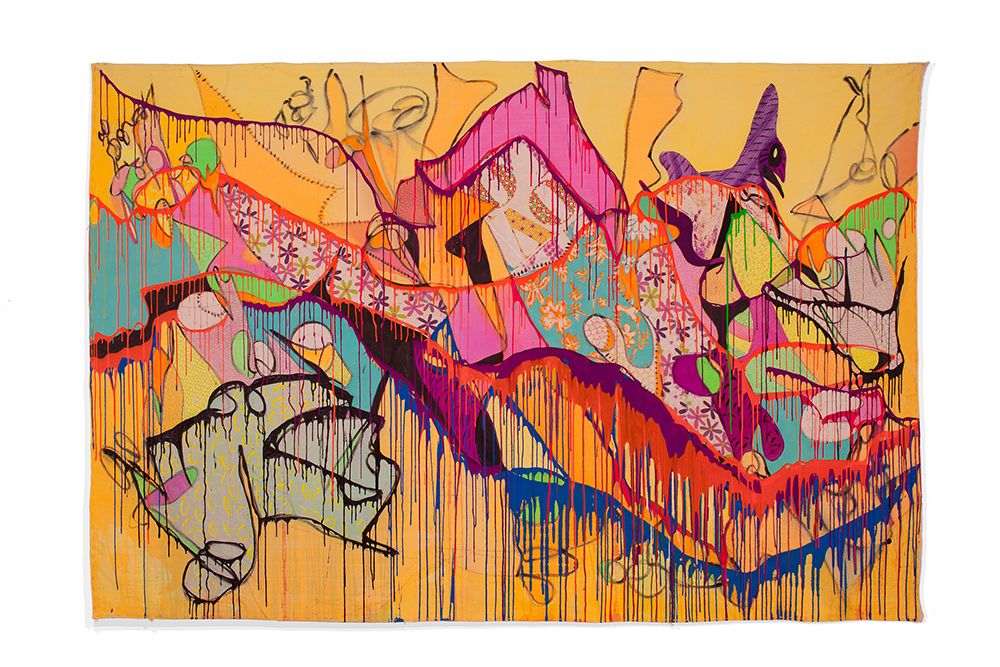 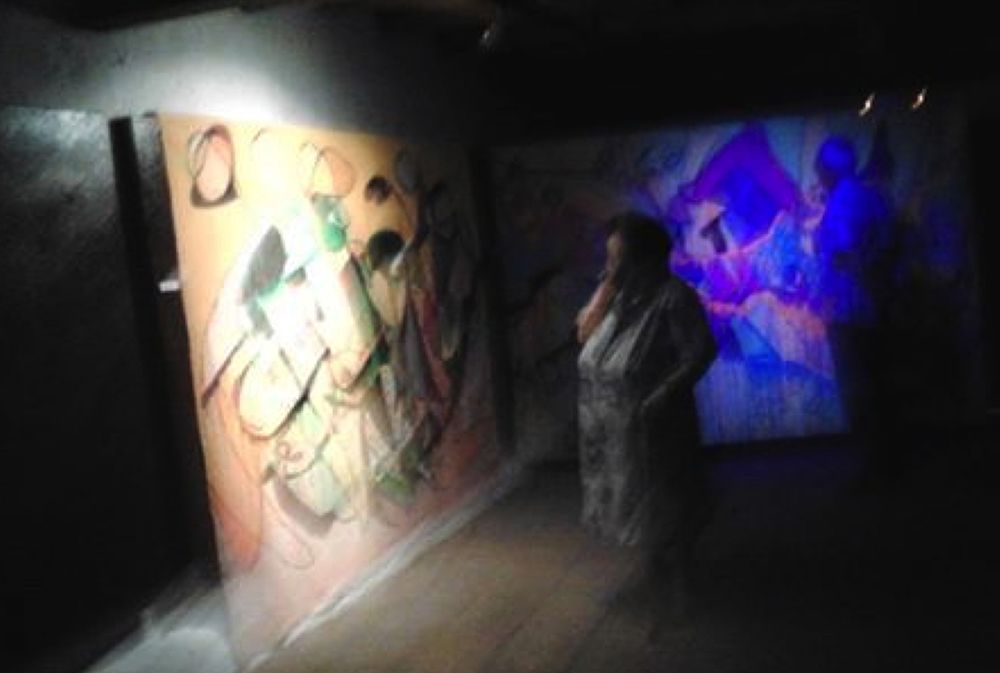