At the end of their residency, their work was exhibited at the Culture House of Llorenç del Penedès and at the Paspertu Gallery in Barcelona. The exhibition also included the portraits made by the kid of the Summer School during the workshop organized by CeRCCa and Nuala Herron.

Masha Waisel is a writer and multidisciplinary artist from Israel. She has published two novels, Mikhtayim Le-Martah and Telaim, which reflect upon the contemporary history of Israel. She is also a visual artist working in photography and new media, and has exhibited in different museums and galleries in Israel.

States of matter is a multimedia installation that reflects upon the conditions of movement, the loss of the sense of place and the superficial perception of a space through the tourist gaze.

The installation was composed of a large flat stone made of different materials to resemble a millstone, or an altar, to give a sense of an ancient ritual. This was accentuated by the construction of a semi-circle wall made of black fabric surrounding the stone. The semi-circular black wall was placed in a way so that the installation was concealed from the audience’s view upon entering the exhibition space.

The stone was placed on the floor, and using a projector hanging vertically from the ceiling, a moving image was projected onto it. The moving image was the result of patient work done by the artist where she multiplied a small human figure, using subtle stop motion so that it appeared to be walking through the stone. This figure was multiplied in different measures. Through the stop motion effect the multiple figures walked all in different directions and rhythms through the stone. The effect was similar to the inside of a busy ant hill, in that it was a community of beings that besides working together for a common goal, follow an automatism that make them completely independent and unaware of the others surrounding them. The stone then became reminiscent of existential loneliness; a reflex on migration as a state of unrest. On the inner part of the black wall, three photographs hung. The three images were created trying to capture movement. The photographs were a statement about the instability of the object, and the inability to settle on one meaning. The three images worked together as a triptych to establish a dialogue with the stone: a dialogue that the artist describes as the one existing between the inner and outer world. 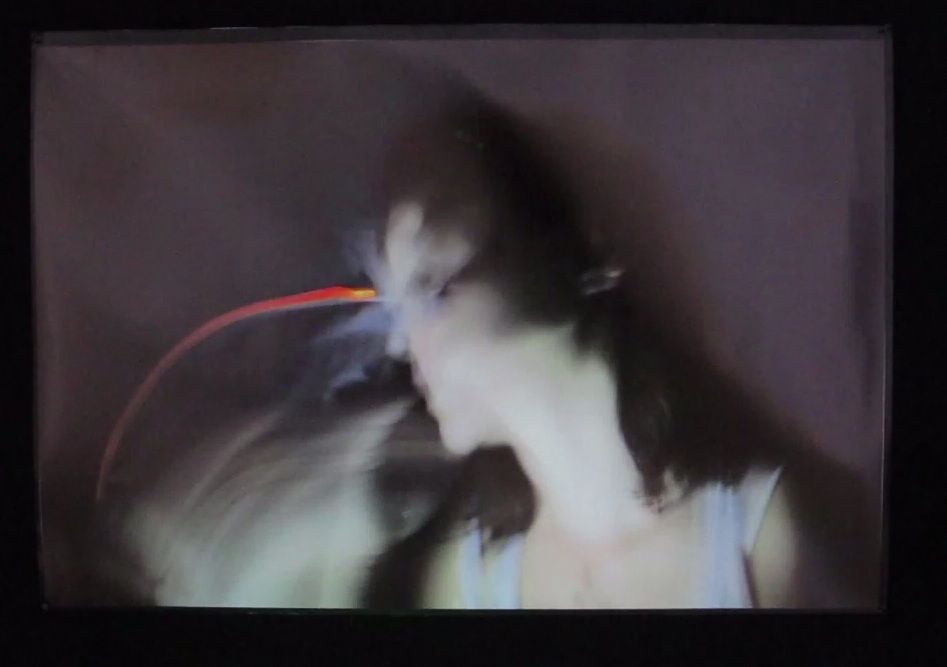 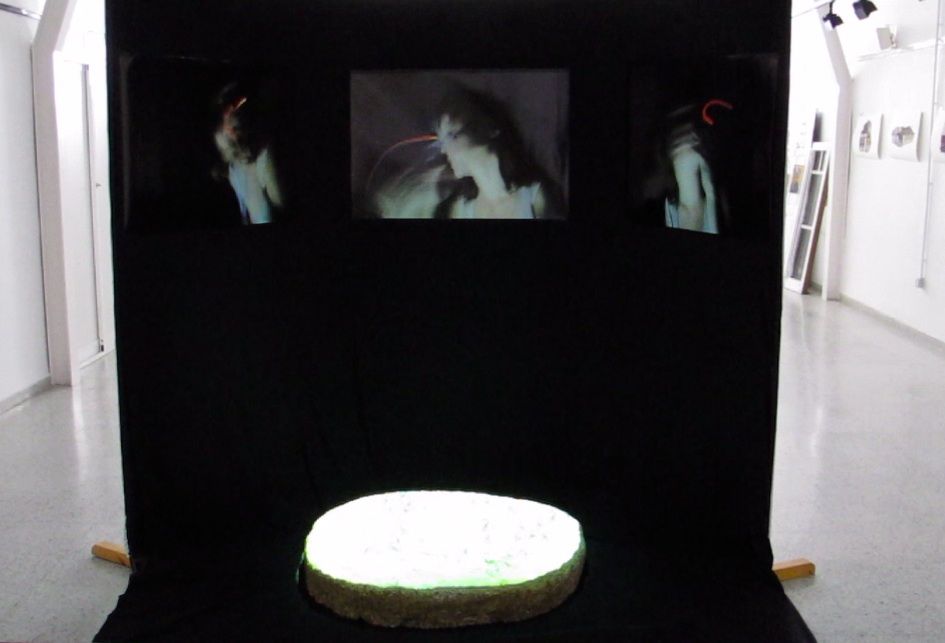 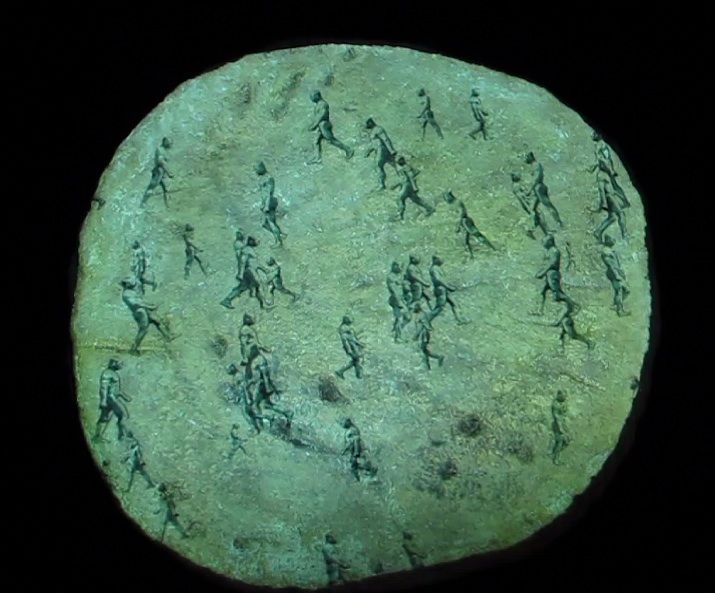 Eleodora Nessua was born in Bogota, Colombia. There she studied social communication and visual arts and worked as an artistic director for theatre, cinema and television. In 1994, Granada University invited her for a research meeting. Since then, she splits her time between Barcelona and Granada where she continues to develop her career as an artist and writer and is engaged in a number of artist colectives and research groups on tourism, artistic mobility and the relation between art and ecology.

Aproximaciones al silencio was a project developed from active meditation through artistic practice, and strived to reach the quietness of the internal dialogue and the perception of internal states. Having a closeness to automatic writing, the project differed from it in the sense that the former tries to achieve a state of neutrality where there is no interference of intellectual elements, while in her practice she insisted on documenting the traces of this transit creating abstract mental landscapes. 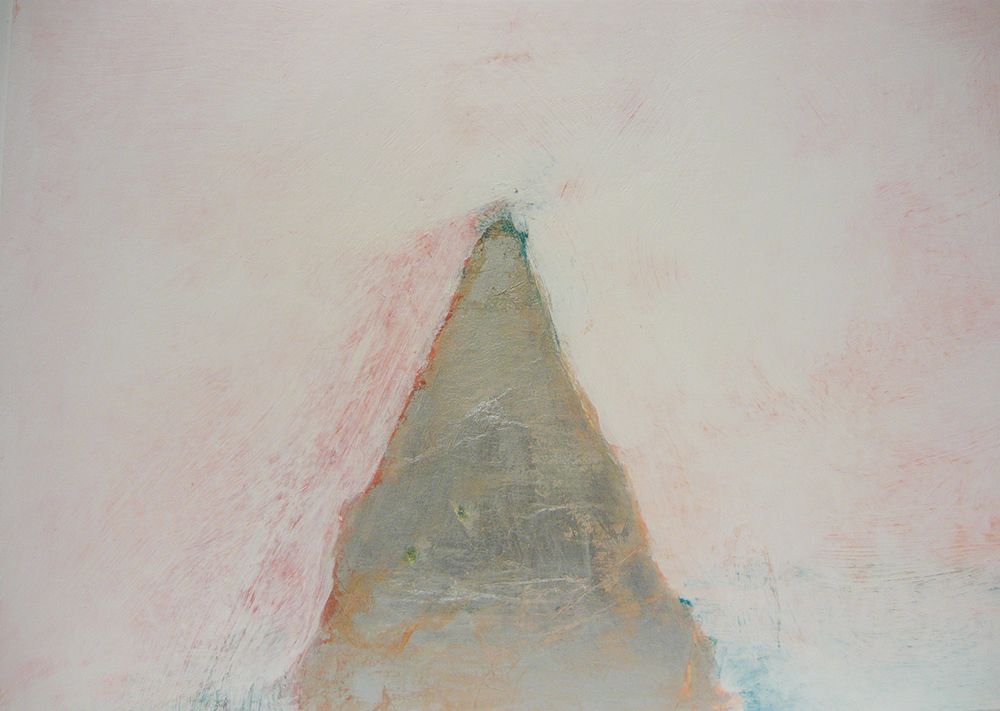 Ana Andra is an artist from Buenos Aires. She has a degree in advertising, and has worked for different production companies, such as Pioneer Productions, Film Planet, Nunchaku and Peluca Films. She has been involved in different projects relating to the preservation of cultural identity of indigenous groups in Patagonia through the realization of workshops, and the commission of sellable pieces made following the tradition of local handicrafts.

As an artist she is engaged in the practice and theory of photography, and uses collage as a tool to develop her two-dimensional and three-dimensional pieces. In 2011, she moved to Europe where she has been selected to take part in different residencies. Her work has been exhibited in galleries in Buenos Aires, Barcelona and Berlin. She has worked for the ABC Contemporary Art Fair Berlin and for Tomas Sarraceno. Currently, she works for the Johann König Gallery in Berlin.

Since a couple of years ago, Ana has been developing her artistic practice as a means to establish a dialogue between her work and the place she inhabits in order to impregnate the work with meaning. Photography allows her to recapture the city. The image she creates disintegrates in form and color, depth and figure, elements that she intertwines to generate her own cosmology.

As she says:
‘As artists, we are not simply tourists. Travel is often part of our work. To produce in other places permits a shift in our spatial and temporal routines. Perhaps this also implies a change in our way of thinking and producing art. In fact, as it happens at times, we are tourists in our own place of residence. As artists, we visit places where what is different becomes exotic and what is exotic is in danger to lose its scene and transform into a trophy of our trip.’ 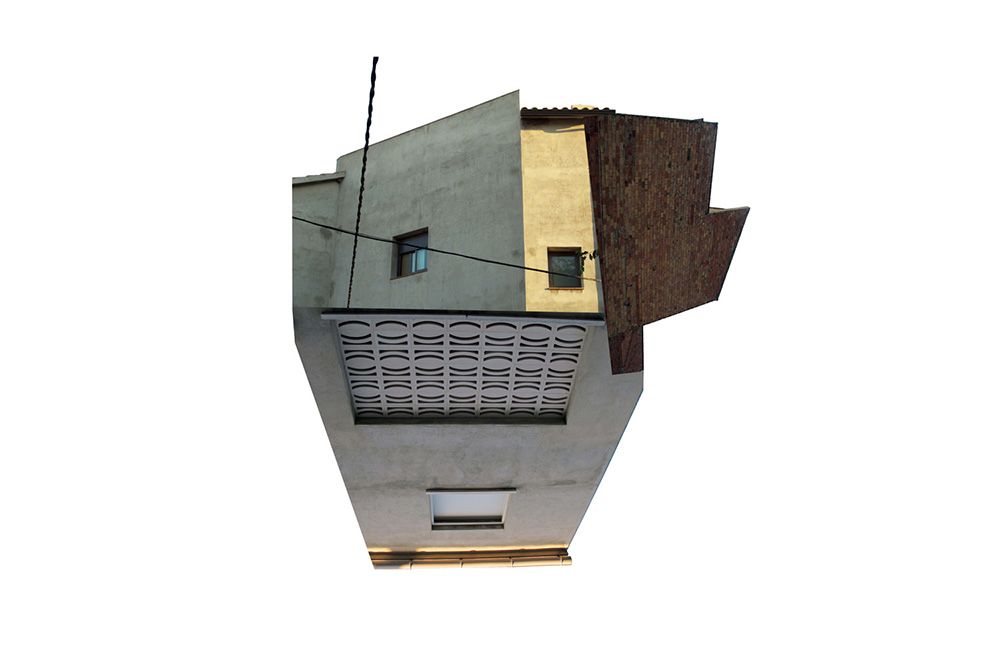 Nuala Herron is a painter from Northern Ireland. She graduated from the Belfast Collage of Art with a BA Hons in Fine Art, and holds a Postgraduate degree in Art and Design from the University of Edinburgh. She has taken part in more than 20 exhibitions in Northern Ireland, Scotland and Spain, and has been awarded on different occasions by the John Turner Bursary Award and the Culture Company. She has done several residencies in the USA, Italy and Spain.

With a background in life painting, cinema has had always a strong influence on Nuala’s work. Oftentimes, she initially films her subjects, capturing the figures in action. By creating a voyeuristic situation, Herron draws the viewer into the scene, which is often framed within a dilapidated site. Her work highlights the beauty and significance found in these seemingly abandoned spaces, and captures the frailty and transience of beauty in ruin.

During her time at CeRCCa, she filmed and photographed the local inhabitants of Llorenç del Penedès. From these photographs she created large drawings and oil paintings.

Once a month the town discards old, unwanted furniture onto the street. For her exhibition installation She seized this opportunity to select a few used pieces of furniture to create an intimate space where she installed her paintings. The exhibition also included the portraits made by the kids of the Summer School during the workshop organized by CeRCCa and Nuala Herron. 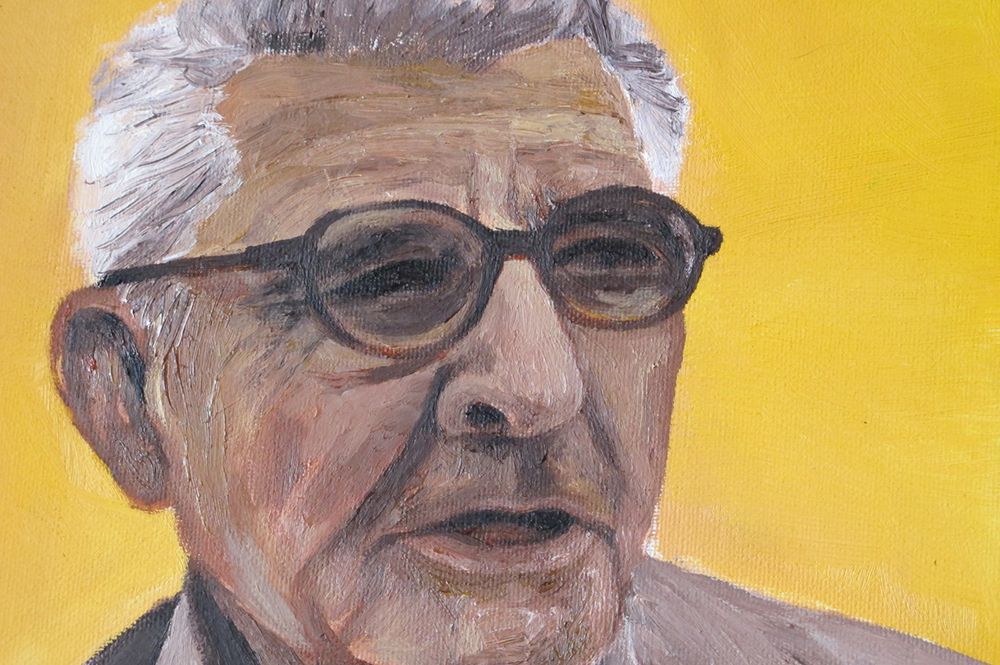 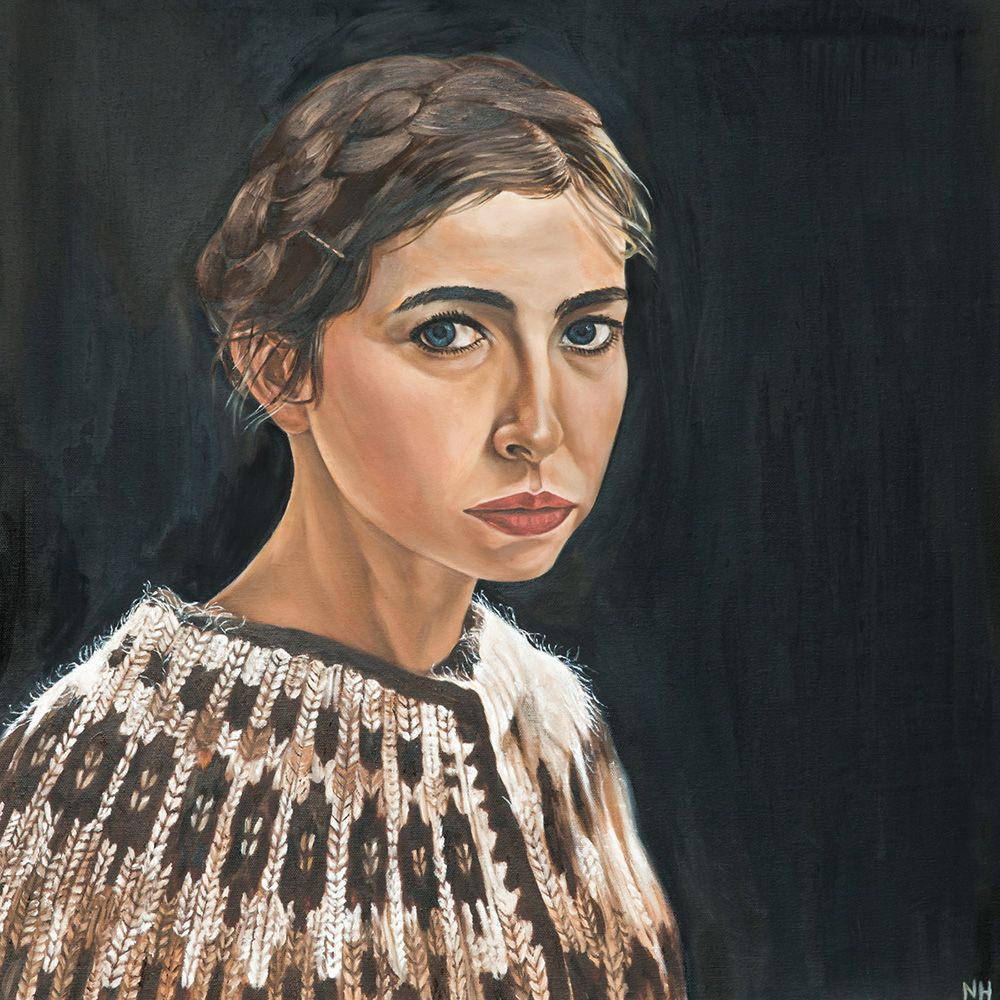