During May and June 2014 CeRCCa selected video artists Daniel Lowe, Lei Han and Jonathan Monaghan from the U.S and Susan Olij a teacher on fashion design and multimedia artists originally from Indonesia but based in Singapore.

Daniel Lowe developed a film that contained a night-to-day transition with an ultra wide view of different landmark locations around the Penedès area while Lei Han worked on his ongoing project ‘The village and the extended soundscape’ where she documented the empty streets and sounds of Llorenç del Penedès.

As part of his professional development during his residency Jonathan Monaghan attended the Loop Art Fair and Sonar Pro Festival as well as different galleries in Barcelona. He also worked on his animated video art piece ‘Escape Pod’.

Susan Olij took a more community focused approach through visits, interviews and drawings of some of the residents at the Senior House of Llorenç del Penedès as well as of other members of the community. Then she modified the drawings by adding haute couture garments into the portraits so to juxtapose and reflect upon the disparities between village life and the elitist world of fashion.

Daniel Lowe is a filmmaker and photographer; his outdoor and night sky timelapse films have been featured on over 400 websites and displayed in the Asheville Art Museum, the Hudson River Museum, Thomas Realty’s Media Wall in Philadelphia, and the Outer Banks Ocean Center. He currently lives in Asheville, North Carolina.

Lost in Catalonia: Montserrat to Tamarit is a highlight reel of photographs from 5 weeks spent in Llorenc del Penedes, Barcelona and Montserrat Parc, in Catalonia. The film contains inspiring and breathtaking views from of the mountain and monastery at Monserrat near Barcelona. The film contains a night-to-day transition with an ultra wide view of the light changing from blue, to pink, to orange, and clouds swirling in the valley, literally miles below the mountain. There are also scenes from the castle of Tamarit, on the Mediterranean Ocean, including the moon rising over the sea. 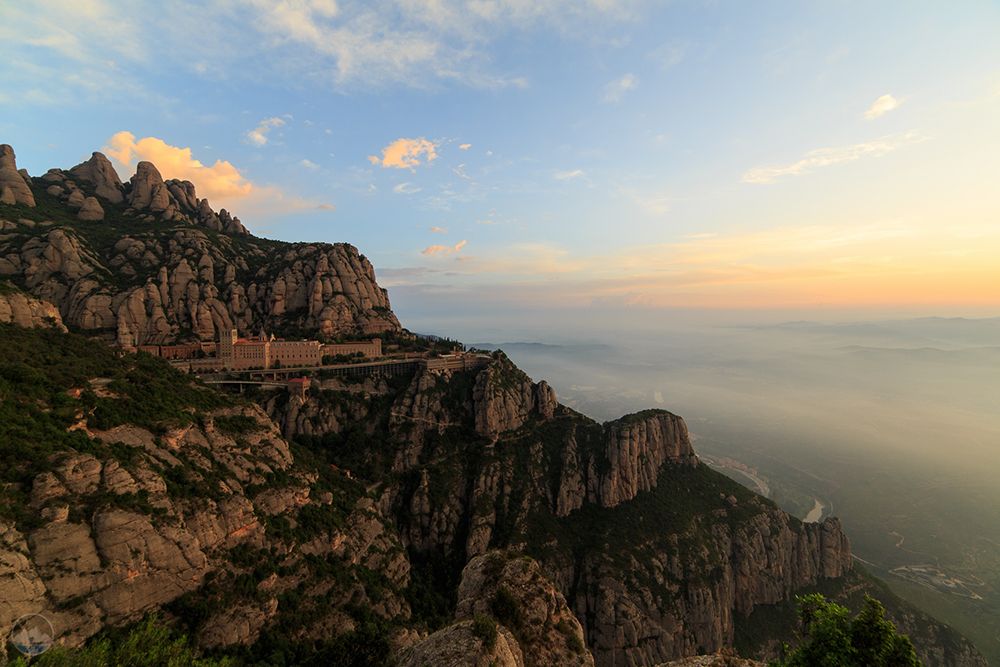 Lei received her BA in fashion design from Shenzhen University in China and her MFA in computer arts from Memphis College of Art. She is currently an Associate Professor and Director of New Media at the University of North Carolina at Asheville.

Project: ‘The Village and the Extended Soundscapes’

‘My work, often inspired by nature and everyday life, explores notions of perception, memory, transience and time. “The Village and the Extended Soundscapes” is a body of work I started during my residency in CeRCCa in summer 2014. Llorenc del Penedes is the home of CeRCCa. Time appears to stand still, or slow down there. My project captures the surreal sense of emptiness, oblivion and the feeling of lost in time. This project will be presented as a multi-channel audiovisual installation that includes videos of the people from the village, streets in the village and a series of animated abstract soundscapes.’

American artist Jonathan Monaghan creates sculpture and animated video installations that challenge the boundaries between the real, the imagined, and virtual. Pulling from wide-ranging sources such as science fiction and baroque architecture, he creates bizarre, yet compelling, 3D environments. Jonathan received his BFA from the New York Institute of Technology in 2008 and his MFA from the University of Maryland in 2011. His work has been exhibited worldwide in venues such as Bitforms Gallery, BFI Southbank London, The Hirshhorn Museum, and the Moving Image Art Fair. He has given lectures and workshops at the Glasgow School of Art, the University of Denver, and the Metropolitan Museum of Art. His work has been featured by the Washington Post, Metropolis M, The Huffington Post, TimeOut NY, the Colbert Report, ArtInfo and NYC TV. Monaghan is represented by Curator’s Office in Washington D.C

‘At CeRCCa I began production on a computer animated film, which melds mythology, architecture, and luxury goods into a moving surrealist landscape. The film, tentatively entitled “Escape Pod”, chronicles a golden stag moving through a series of otherworldly environments, which reference wealth, power, and authority. CeRCCa provided the time and ideal environment to focus on the intricate and time-consuming production.

Professional development was an important part of my time at CeRCCa as well. I attended the LOOP Video Art Fair and Sonar+D. I also connected the organizers of Monkeytown, a video art and dining experience, to CeRCCa as they plan for a showing in Barcelona, which may include the very piece I have worked on here. The residency also allowed time for reflection on my practice as a whole. My perspective on my work broadened, as I have begun sketching out ideas and proposals for sculptural installations, public art installations, fashion, prints and even staged performances. The relative isolation in Llorenç and detachment from daily routines aided this re-evaluation. I left CeRCCa with a significant amount of work accomplished, but also with a refreshing and exciting outlook on my practice and career.’ 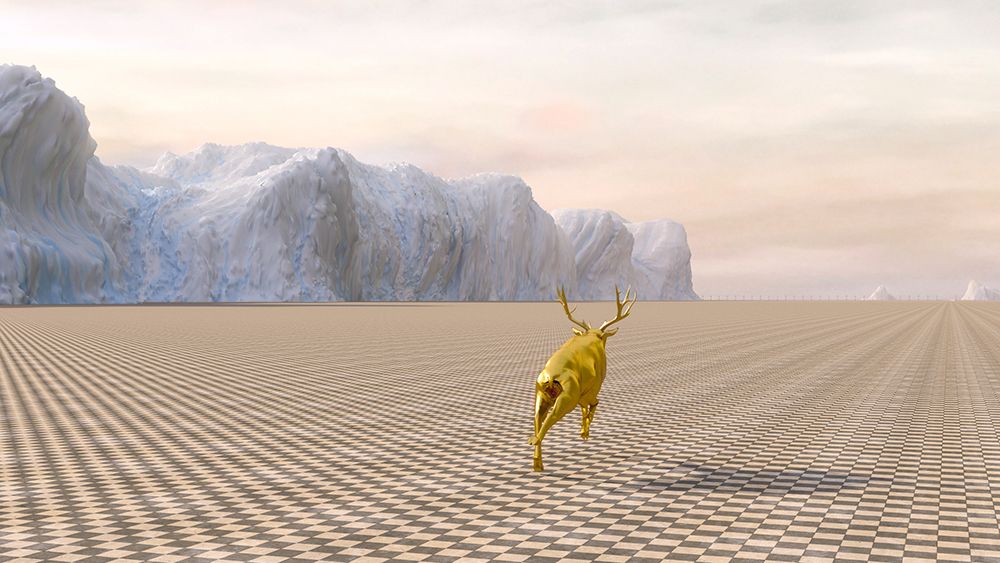 Susan Olij is an Indonesian visual artist based in Singapore, and also teaches drawing and illustration at LaSalle College of the Arts part time.Living and working in the United Kingdom, New York and Singapore over the past 20 years has infused a multi-cultural perspective into her work. Her work in the fashion industry in New York City led to a position in Singapore where she received a scholarship to earn her MA in Fine Arts. With a Fine Arts degree, Susan shifted her focus to art production and academia.

In comparison to her previous works of pure abstraction, her current work traverses the borders of fine art and design: a return to her fashion roots combined with her love of illustration.

‘The work I did in CeRCCa began with devising a set of written cards in Catalan that allows me to directly (although far from flawless) open a communication line with the people of the village despite my inability to speak in the local language. The goal to establish a connection with the community was a success and the portrait sketches were done with the help of these cards and other people who could translate. What I produced during this residency was detailed observational studies of various people of the village. The focus was also reflecting on the best conditions where an art practice can flourish with the help of local community. For a long time, I have wanted to integrate my design and fashion background into my art. So in CeRCCa I decided to develop these portraits further by adding designs chosen from existing Haute Couture Labels. The fashion industry has long held the belief that they are an exclusive society of glamorous and stylish minority. The argument is when fashion takes itself too seriously; it’s a spectacle that’s often resulting in the absent of substance. Every day people who do not fall in the ‘fashionable’ categories, is beautiful in ways that are anti-thesis to the products consumed by this very limited category.

These drawings are meant to ask questions about where Haute Couture stands in the eyes of everyday people. What ultimately define Fashion, and how we can go beyond the surface. These drawings will be part of my next exhibition in Singapore.’ 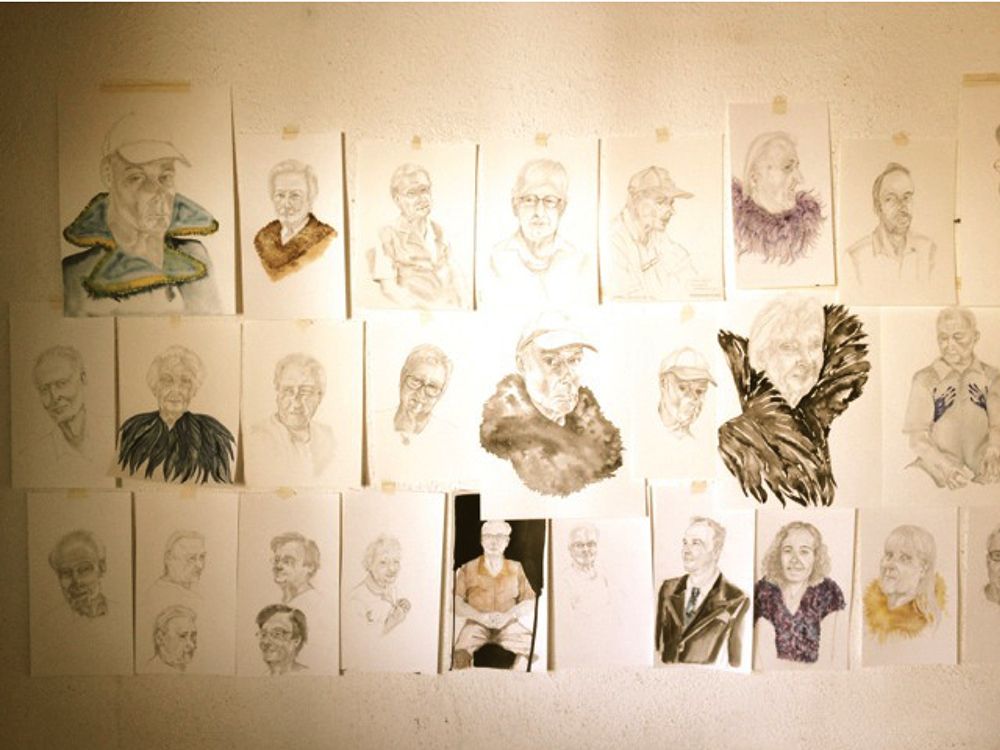