During the months of March and April 2014 Australian researcher and writer Saskia and Shultz Abrahms-Kavunenko, Egyptian multi disciplinary artists Nadia Tawfik and Catalan songwriter Alfonso Deiros were selected to be part of CeRCCa A.I.R Program.

Saskia, an anthopologist specialized in post-soviet religion in Mongolia worked on her last essay ‘Spiritually enmeshed, socially enmeshed: Liquid Modernity, shamanism and belonging in Ulaanbaatar’ while Shultz continued his novel and worked on several drawings, one for each day of the residency.

During his residency Alfonso Deiros created a series of guitar compositions and video work and Nadia Tawfik, interested in social engagement through art, collaborated with art therapist Laura Tous and several educational institutions such as Apel.les Fenosa Art School, Santa Teresa School and the Servei de Teràpia Ocupacional El Ventall from El Vendrell. She also worked on a series of video works as well as a performance. The documentation of the performance was then exhibited as part of a collective exhibition at El Pardo Gallery also in El Vendrell.

During the residency the artists selected also visited Gallery Palma 12 in Els Monjos and Espai d’Art les Quintanes in Llorenç del Penedès as well as the studios of ceramist Camil.la Perez and painter Teresa Baltasar.

Saskia Abrahms-Kavunenko is an anthropologist from Australia, specializing in Mongolian and post-socialist religion. Expanding on her doctoral research She is interested in researching and publishing on the diminishing importance of traditional religious institutions across a range of settings and the uptake of new forms of religiosity.

‘Having recently lived and taught on a Buddhist studies program in Bodh Gaya, India, I am increasingly interested in new forms of religiosity revolving around personal experience and active meaning making (first noted amongst evangelical movements, but widely identifiable) rather than the intercession of religious specialists, and the maintenance of ritual forms. That these changes are taking place in concert with the increasing globalization of information and movement, and near global uncertainty as to the effects (in contrast to the experience) of any given behavior or choice, is no coincidence. Through studying these phenomena in a number of settings some general characteristics of 21st Century religiosity may become more visible, providing common ground perhaps for inter-faith dialogue and cooperation. The intended outcome of the residency time would be the submission of one or more academic articles addressing the aforementioned topics.’

During her time at CeRCCa Saskia has written the research paper ‘Spiritually Enmeshed, Socially Enmeshed: Liquid Modernity, Shamanism and Belonging in Ulaanbaatar’. The article examines how shamanic practices can, through the generation of a spiritualized narrative past, relocate individual subjectivities in an extensive web of relationships that include and extend beyond deceased relatives. The article mobilizes Bauman’s conception of ‘solid modernity’ and ‘liquid modernity’ to describe the transition from collective to individual responsibility (and concurrent individualism and dislocation) that occurred at the end of the socialist period. Referring to the biography of a young Mongolian woman, Oyuna, the article looks at how the vertical ontologies present in Mongolian shamanic practice have relocated Oyuna in extended kinship connections, building cosmologically enmeshed relationships that extend back into the pre-socialist past. In the increasingly fluid and unpredictable urban environment of Ulaanbaatar it explores a living instance of reengagement and attendant growths in both obligation and capacity. 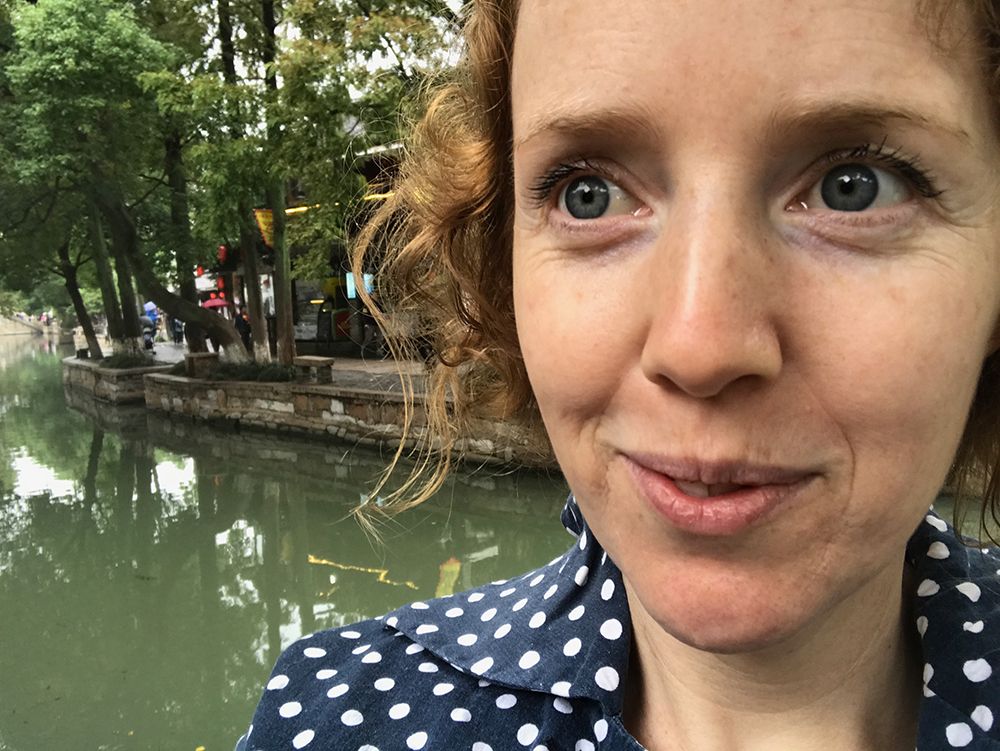 Shultz Abrahms-Kavunenko is an australian writer/perennial student, who over the last five years has completed two novel length works of exploratory fiction, and undertaken self-driven research (in and out of academic settings) on topics ranging through the influence of Buddhism and shamanism on human/animal interactions, and the potentialities of sacred conservation in mitigating environmental damage to behavioural change and stasis.

During his time at CeRCCa he has combined his practice as a writer with an underdeveloped interest in drawing, searching in form when meaning has eloped. Alongside working on the development of several texts, he has each day of the residency drawn without corrections or preconception a single work in black ink. Largely organic and abstract these works mark a passage of time, spent without intention beyond expression. The drawings resemble an unreadable alphabet, ephemeral traces of the memory of formlessness trying to burst forth from some preconscious hinterland into almost, but never quite, sensibility.

‘Some, if not all forms of early writing abstracted themselves from pictorial forms. During this retreat my efforts at writing returned to this primordial ground. Left voiceless the works that resulted are unintentional. They record time through a mind and hand. Anything more is the frission of perception and conception.’

Nadia Tawfik is an installation artists and an art therapist from Egypt. She is interested in blurring the lines that separate humans in different health and mental conditions and establish, through art a dialogue and understanding amongst these differences. Since 1999 She has been working with Mohammed Sawi and artists with Down syndrome. She has also coordinated different multi media workshops in collaboration with Gudran Arts and Development, the Goethe Institute and the French Institute as well as with the French Language School Saint-Gabriel in Alexandria and Save the Children and Caritas in Cairo. Her art practice is based in multi media installations that use music, video, collage and recycled material to create immersive landscapes and structures that reflect on spirituality and the human condition.

During her time at CeRCCa Nadia developed a research process based on networking visits and interviews. She has visited the studios of Sumpci Rius Armajach, Camil.la Perez Barnadas and Teresa Baltasar. She has also participated in the art workshop organized by the Apel.les Fenosa Art School in collaboration with the Santa Teresa School in El Vendrell and has conducted a workshop with the adults of El Ventall, a centre for social engagement focused on adults with special needs. Her work will be exhibited in a collective exhibition at the Local Art Gallery in El Vendrell. 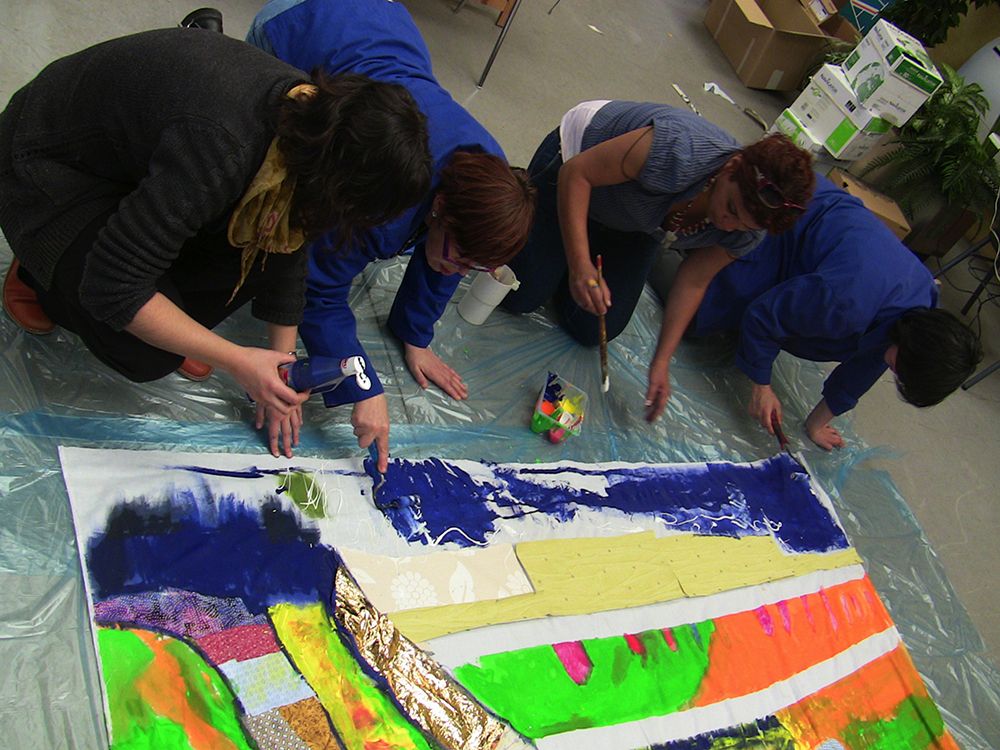 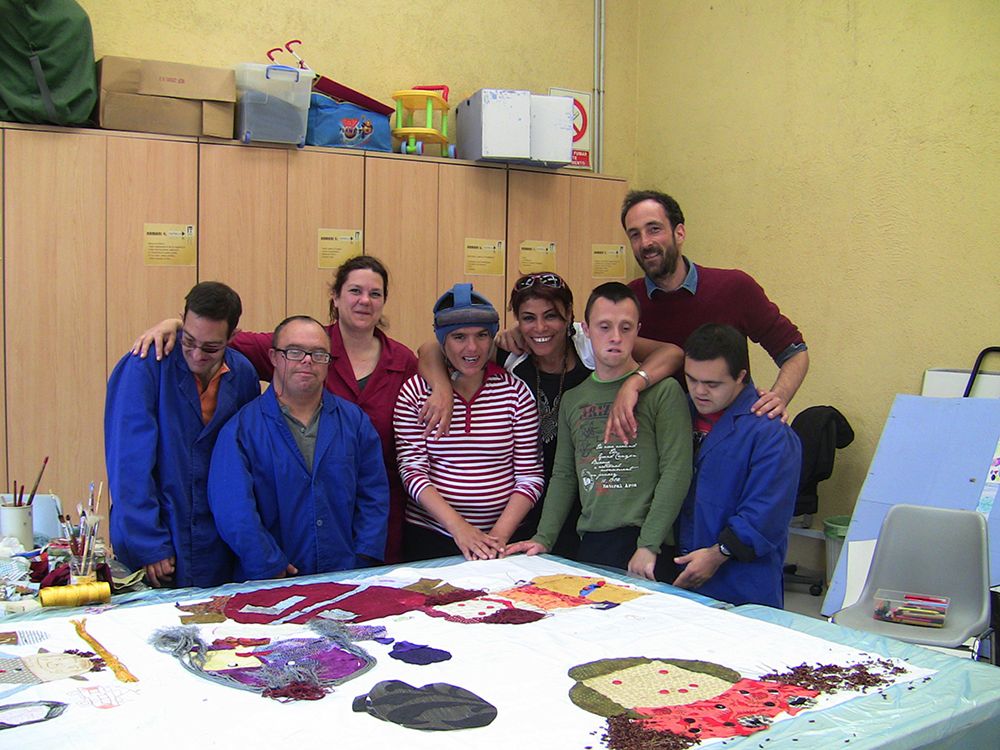 Alfonso Deiros is a self taught catalan singer and a guitar composer. His career as a musician started four years ago as a process of healing giving a new dimension and direction to his life. In this process Alfonso engaged on inter religious studies that introduced him to Islam, Buddhism and Christianity. This research and experiences has given him the ground from where to develop his music compositions that range musicalization of mantras and Islamic prayers to auto biographical songs that talk about his thoughts and feelings as well as more ethical and morally engaged themes. He normally accompanies each track with a reflexive monologue and video. During his time at CeRCCa he composed several guitar pieces, monologues and videos.