During October and November Reykjavik based painter and curator Alexander Zaklynsky and installation and video artist Claire Le Clézio from France were selected to be part of the last CeRCCa Residency 2012.

Alexander’s work was exhibited at the Others Festival in Turin and at the Newport Art Museum in Newport Rhode Island (U.S.A.) in May 2013 while the result of the collaboration between Claire Le Clézio and Zoe Balasch was shown at the 4th Art and Landscape Conference in Vilafranca del Penedes and Subirats and at the Fira de Medi Ambient in St. Cugat de Sesgarrigues in 2013. Claire’s individual project Brume also developed at CeRCCa, was selected to be part at the OODAAQ Festival in Rennes, France.

Alexander Zaklynsky was born in the United States and graduated from the Rhode Island School of Design through the Sculpture Department in 2000. Zaklysnky travels extensively, and incorporates wide-ranging themes in his work, from his heritage to investigations on art and its presentation in contemporary culture.

Based nowadays in Reykjavik, Iceland, Alexander Zaklynsky founded the Lost Horse Gallery as a venue for local and international artists. Transformed in 2010 into an art production, fabrication and design company called Lost Horse Ehf, the business has been a springboard for numerous projects undertaken in Iceland, Cyprus, Ukraine, Czech Republic, Slovakia, Poland, Spain and Italy.

Alexander Zaklynsky’s creations are meditative explorations of perspective, color and structure. “I aim to build visual experiences that lead the viewer into a state of reflection and pause,” says Zaklynsky. In his paintings, Zaklynsky reveals a collage sensibility, using layering and combinations of color, patterns and imagery to create depth.

During his residency at CeRCCa he worked in several pieces and video performances that were shown at the Others Festival in Turin (Italy) and at the Newport Art Museum in Newport Rhode Island (US) in May 2013. He also worked in the Barcelona-Reykjavik Project. In 2010 Alexander was invited by the program Foreign Office organized by Sant Andreu Contemporani to give a presentation of his work and he established the firsts contacts for the Barcelona-Reykjavik Project. During his residency at CeRCCa he continued with the project of linking artists and curators from both cities with a series of networking visits to Aloma Lafontana, Lua Coderch, Amanda Cuesta and other artists and curators from Barcelona.

During his residency at CeRCCa he also worked in several pieces and video performances that were shown at the Others Festival in Turin (Italy) and at the Newport Art Museum in Newport Rhode Island (US) in May 2013. 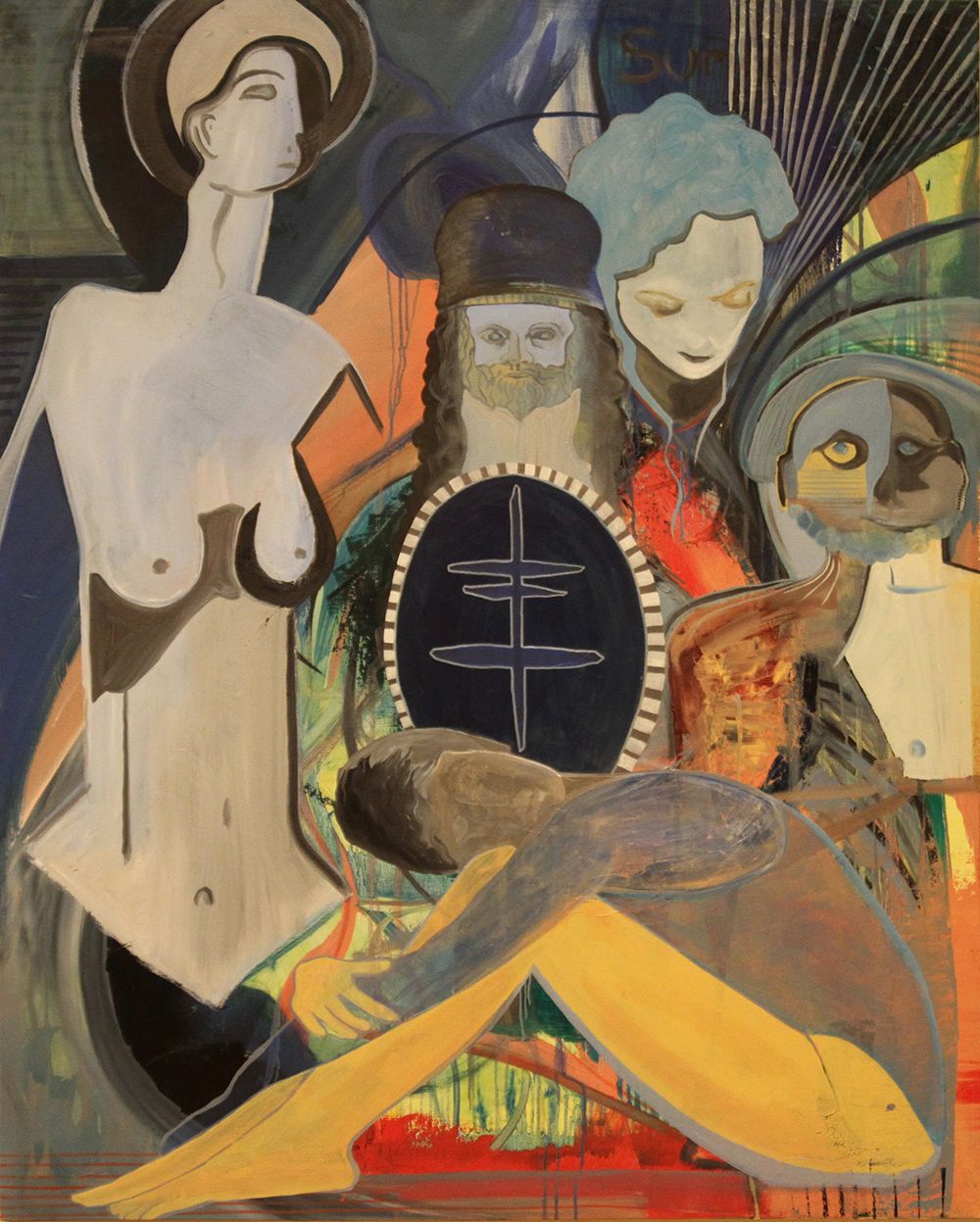 Claire Le Clézio is a French video installation artist that works in what has been conceptualized as relational art. She currently lives and works in Bordeaux. She graduated from the Fine Arts School of Angers in June 2010, and obtained her DNAP with a special mention of the jury, and DNSEP with a mention for her project.

Her interests are articulated around sensory perception and space, as well as the act of sharing with the audience. She aspires to provoke the senses and emotions in the viewer by creating experiences. Through her sensitivity she likes to propose stories in order to generate critical thinking. Through installations, video projections and performances she wants the viewer and actor to reflect upon emotional memory, senses, and sensitivity. All this is proposed as a dialogue between the audience participants and herself. Claire Le Clézio explores and develops her research through artist residencies to deepen her interest in relational art and share projects with other artists, dancers and curators.

During her time at CeRCCa, Claire worked in a projection video piece called Brume… In Brume… Claire used a moving image as the medium itself. She played with the raw image through a process of deconstruction that empowers the image with new meaning, a new poetics that is up to the viewer to decipher. Brume… was selected to be part at the Festival OODAAQ Exploration and diffusion of poetic images 2012 in Rennes (Franca).

Claire also worked together with Zoe Balasch in the performance video piece Emotional Geographies. Their research focused on the on going research ‘Transitory Landscapes Laboratory’, a project that investigates the connection between art, geography and territory, with the aim to create new discourses and experiences about the elements that configure the contemporary landscapes. The collaboration between Claire and Zoe consisted in the creation of a site-specific video and performance piece. Emotional Geographies was shown at the 4th Art and Landscape workshop in Vilafranca del Penedes and Subirats in the summer 2013, and at the Fira de Medi Ambient in St. Cugat de Sesgarrigues in late 2013.